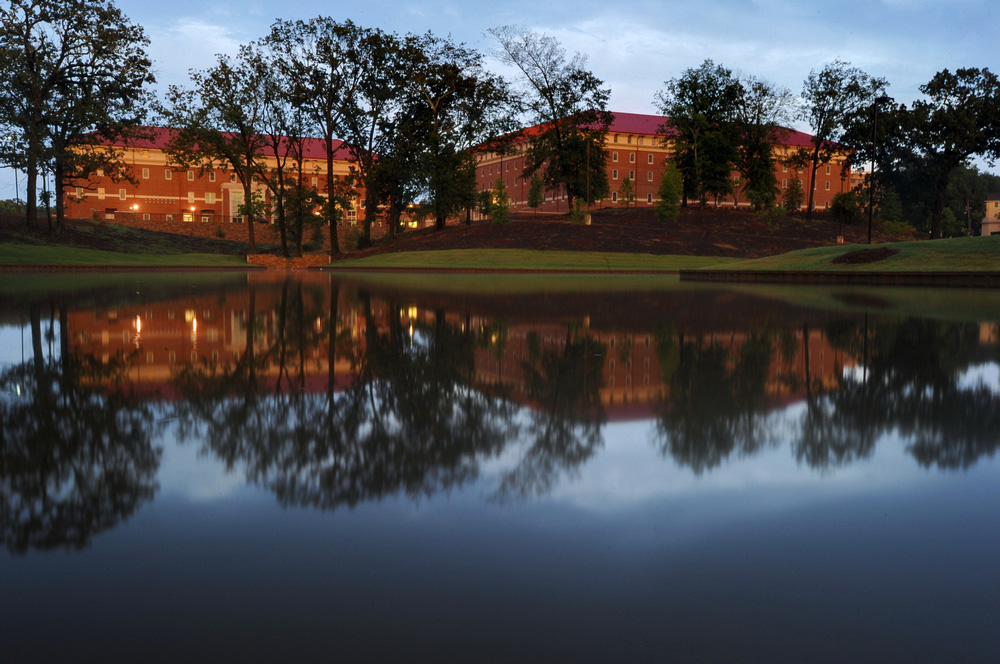 OXFORD, Miss. – Nearly 50 years after he left the University of Mississippi in a storm of controversy, the late James W. Silver, a history professor and author of a well-known book on repression during the segregation era, will be honored by the university in a pair of programs Sept. 30.

A new body of water near the intersection of Sorority Row and West Jackson Avenue will be dedicated as “Silver Pond” in a 4 p.m. ceremony. A commemorative marker has been placed at the site, which is near Silver’s former home on the Ole Miss campus.

The dedication will be followed by a symposium on Silver’s impact on Ole Miss and Mississippi. The event is set for 5 p.m. in the auditorium of the Overby Center for Sothern Journalism and Politics.

Both programs are free and open to the public. A reception follows the symposium.

Silver, who studied at the University of North Carolina, Peabody College and Vanderbilt University, specialized in Southern history. He joined the Ole Miss faculty in 1936 and served as chair of the history department from 1946 to 1957.

He was a close friend of William Faulkner’s and an influential figure among his students. Following the admission of James Meredith as the university’s first black student in 1962, Silver offered personal support and friendship to the embattled student.

During the segregationist era, Silver was frequently at odds with state political leaders, but never daunted by them. He was a constant critic of racial taboos and spoke out against them, often in letters to the editors of various newspapers in the region. His 1964 treatise, “Mississippi: The Closed Society,” became one of the most talked-about books to come out of the state during the period.

“His sterling legacy was that he challenged students and the public to think beyond their prior experience to a broad range of ideas, even controversial ones,” said John Robin Bradley, a UM professor of law for more than four decades and chairman of the Silver Commemorative Committee.

The symposium at the Overby Center is called “Opening the Closed Society,” and Ole Miss officials are using that title for a series of other programs to commemorate the school’s integration.

Speaking at the pond dedication will be James L. Robertson, a Jackson attorney and a student of Silver’s 50 years ago when Robertson was editor of the campus newspaper, The Mississippian, before it became a daily publication.

Chancellor Dan Jones will open the Overby Center program with his own remarks before introducing several prominent alumni to offer personal recollections of studying under Silver. The speakers will be former Gov. William Winter of Jackson; Elizabeth Nichols Shiver of Oxford, who served as editor of The Mississippian in 1953-54; Daniel P. Jordan of Charlottesville, Va., a 1960 graduate who served for years as president of the Thomas Jefferson Memorial Foundation at Monticello; and Edwin N. Williams of Charlotte, N.C., who edited The Daily Mississippian in 1964-65 and went on to become editorial page editor of The Charlotte Observer.

Gerald W. Walton, UM provost emeritus and a member of the faculty during Silver’s years here, will be the moderator. Silver’s three children are also expected to attend.